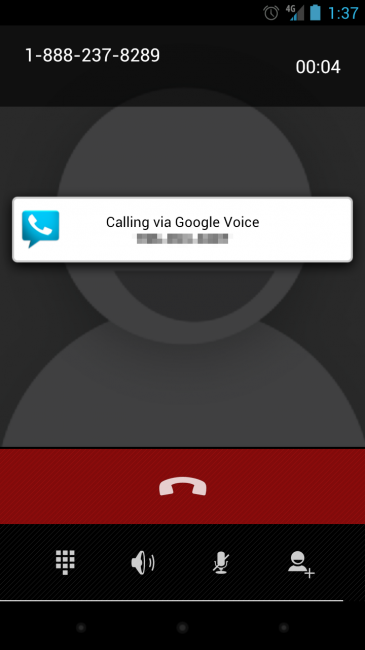 No word out of Google, but Google Voice calling appears to be down. A number of readers reached out to inform us that they were unable to make calls using the service and we can confirm that. I attempted to call a couple of 1-800 numbers along with some close contacts and all calls were ended. We’ll be on the lookout for some sort of official response.

Update 1:54PM:  Google is aware that there is an issue affecting the “majority” of Google Voice users – both incoming and outgoing calls.

Update 2:48PM:  Readers reporting that Voice calling services are back up and running.

Update 3:11PM:  Google agrees with our readers – service is back up.