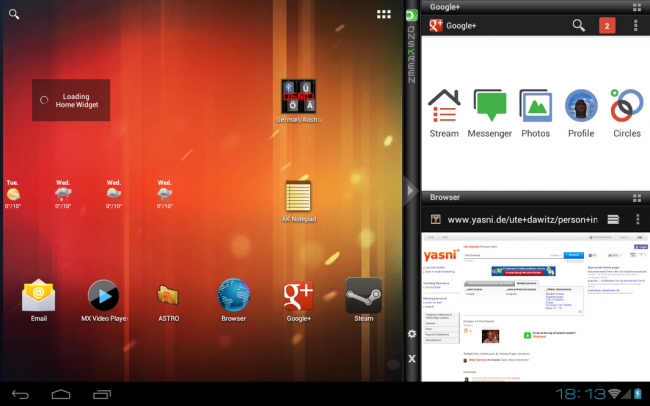 A post from the official CyanogenMod Google+ page shows that the team may be baking Onskreen’s Cornerstone right into the operating system. Cornerstone brings a true multi-tasking feel to the Android OS and looks fantastic while doing its job. With the software you can have multiple applications running at the same time alongside each other on one screen. It’s exactly what we as Android users need.

The team states that this is early work and will take some time before they feel 100% confident on releasing it to the public. If you want to learn more about Cornerstone, you can do so right here on their site.

Here is a video of Cornerstone running on Ice Cream Sandwich: