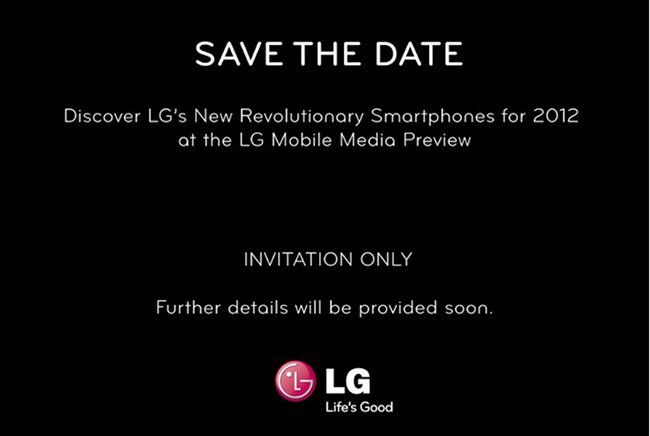 The press invites for Mobile World Congress (MWC) are starting to roll out in waves. The latest is from LG, who plans to show off “Revolutionary Smartphones” at the event, 3 of which we may already know about. While LG doesn’t have the greatest of reputations when it comes to Android phones, they are certainly making a big play in 2012. Here are some of the LG leaks that have a better than average chance at making an MWC appearance.

Three offerings that LG expects to revolutionize the game. I’m not so sure any of these can do that, but all 3 phones offer something so completely different that we’ll give LG props for at least trying.