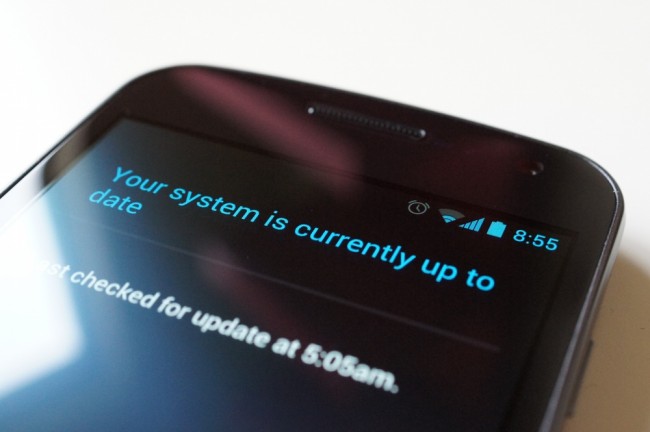 Ever wondered why it takes so long for smartphone manufacturers to push the latest version of Android to your phone? According to Motorola, it’s because of hardware. And more specifically, it’s because of the hardware and chipsets that Google chooses to develop their newest versions of Android on.

As many of you know, Google invites all Android players to produce a phone and submit it for consideration at becoming the next “Nexus.” It’s a battle we don’t know all the specifics on, but with Samsung winning the last two Nexus titles, you should have an idea as to what Google expects. But with Google choosing a particular manufacturer to build the phone, they also pick a processor and other hardware components that they feel will really help push development of the platform. You may not see the normal pairings for chipsets and phones when it comes to a Nexus. For example, the Galaxy Nexus is produced by Samsung and runs a TI OMAP4460. Samsung has almost always used their own processors in phones and from time to time will slip in something from Qualcomm, but TI is new ground for them.

So Motorola is basically saying that Google is optimizing Android for that specific phone and chipset, which then makes it difficult for other manufacturers who use other chipsets to get Android to play nicely, hence the long drawn out update periods. And Google does in fact optimize the newest version of Android for whatever chipset and phone that has been chosen, which is why Nexus devices are almost always more fluid, responsive, and stable at the OS level than other non-Nexus phones. (Notice I said “OS level” and not “radio level” – damn Samsung.) Hard to argue with the idea that it could slow them down some, but it’s also not the only reason these things take so long.

You also can’t forget that Moto and other OEMs like to slap on their custom skins and that carriers want their grubby hands all over the updates once they are finished to make sure they will work well enough on their network. There are a number of factors here. Hardware compatibility is one, just not the only one.