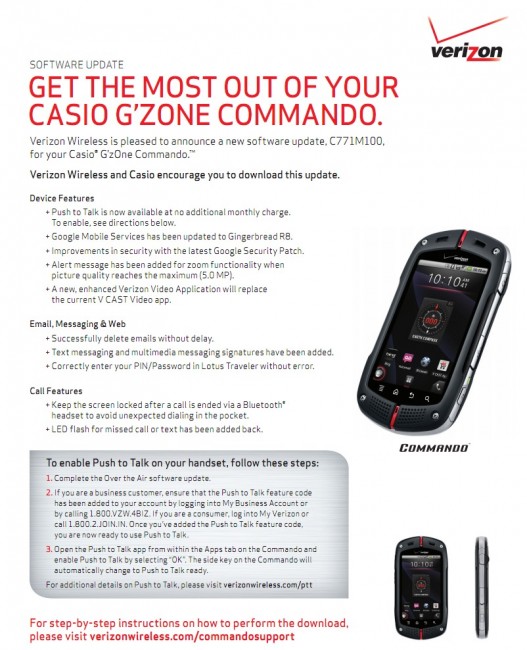 Talk about a day of Verizon updates, right? First we received word from a number of readers that both RAZRs and the XOOM LTE were seeing new builds. Then we noticed that the XYBOARD tablets were also scheduled to receive their first updates within the next couple of days. And now another reader awoke to a nice Casio G’z0ne Commando update that gives him push-to-talk abilities.

He said that the update only bumped him to Android 2.3.3, but you can tell that Verizon slipped in enough bug fixes to make this pretty significant. And the fact that they added push-to-talk after the phone has been on the market for so long is actually very cool. Who knew you could add such a service so far down the road. Why they didn’t release the phone with push-to-talk from the beginning is beyond me – seems like it would have been another selling point.