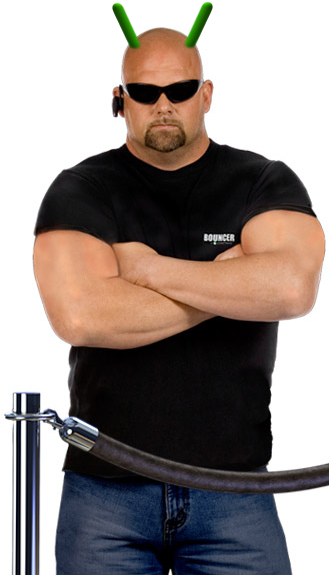 Moments ago, Google unveiled a security service that has been working behind the scenes on Android for a few months now, codenamed Bouncer. The service allows the Android Market to scan apps that have been uploaded, analyze them for trojans or other malware, and then determine if they have tendencies that would lead them to misbehave. Again, this has been going on for months to protect you, Google is just now letting you know about how successful it has been.

Here is the full explanation from Google:

The service performs a set of analyses on new applications, applications already in Android Market, and developer accounts. Here’s how it works: once an application is uploaded, the service immediately starts analyzing it for known malware, spyware and trojans. It also looks for behaviors that indicate an application might be misbehaving, and compares it against previously analyzed apps to detect possible red flags. We actually run every application on Google’s cloud infrastructure and simulate how it will run on an Android device to look for hidden, malicious behavior. We also analyze new developer accounts to help prevent malicious and repeat-offending developers from coming back.

Also in this announcement for Bouncer, Google managed to take a shot at the anti-spyware and security companies that you hear from constantly in the Android world. During their testing of this new security service, Android Market stats showed a 40% drop in potentially malicious apps being downloaded during 2011. That comes on the heels of numerous reports from anti-spyware companies that malware is constantly on the rise, something many of us have questioned all along.

The service has been looking for malicious apps in Market for a while now, and between the first and second halves of 2011, we saw a 40% decrease in the number of potentially-malicious downloads from Android Market. This drop occurred at the same time that companies who market and sell anti-malware and security software have been reporting that malicious applications are on the rise. While it’s not possible to prevent bad people from building malware, the most important measurement is whether those bad applications are being installed from Android Market – and we know the rate is declining significantly.

Lastly, Google wants to make sure you understand how Android works on the security front and that it has been designed to make malware less potent. Some of the security measures include:

Cheers for the pic MrChips!