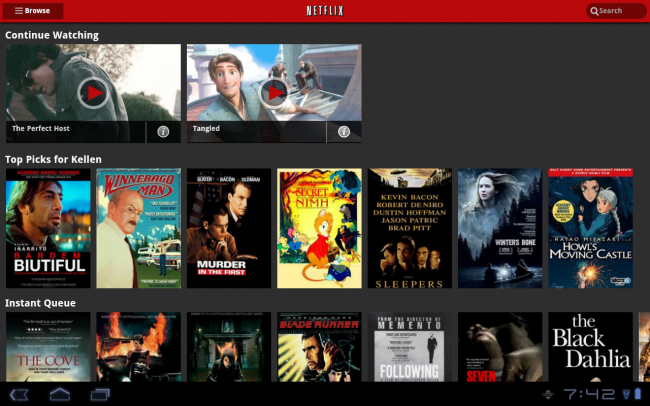 The Netflix team released an update to their Android app today that includes a new tablet experience for bigger screened devices. The Kindle Fire and Nook Tablet are supported as well, so the timing couldn’t have been better. It’s very similar to what you see on TV-centric Netflix apps and is a welcomed visual overhaul. With that said, this app might be the slowest and clunkiest in the history of all Android apps. Well, either that or my XOOM and its dual-core processor just isn’t powerful enough these days. Through the first few minutes with it, I kept hoping for it to return to being snappy and fluid, but that just never happened. Here’s to hoping that the next update includes some performance tweaks.