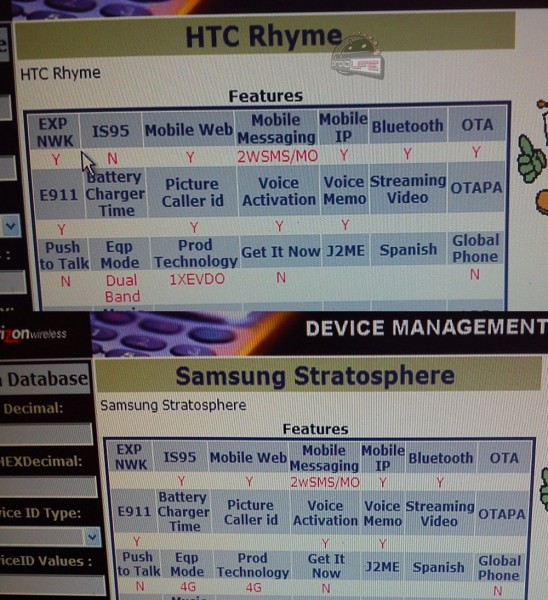 Both the HTC Rhyme and Samsung Stratosphere are now appearing in Verizon’s Device Management system, a sign that they are more than just vapor.  The Stratosphere – a device expected to be like the Epic 4G with slideout keyboard – is confirmed as having 4G LTE radios and no global roaming.  The Rhyme on the other hand is just 3G, but could be a girl-friendly device with Beats by Dre audio.  Each of these devices is looked at as being mid-range.

And speaking of mid-range, we have official pricing for the Pantech Breakout below.