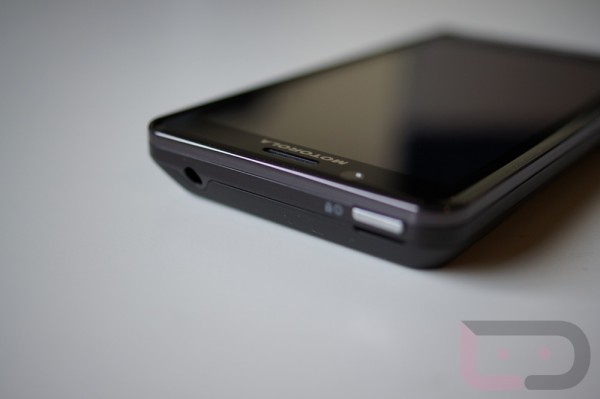 As you all know, we try to give new phones a thorough run-through of at least a full week before posting up a review on it.  We definitely do not do the 1-day press review as that seems completely unfair to both readers and to the device itself.  With that said, we know that the DROID Bionic is a hot topic right now and also that many of you are waiting to hear our thoughts on it before jumping in and buying one.  Since our full review is still some time away and many of you are contemplating whether or not you should pick one up this weekend, we thought we would toss out a few quick thoughts, bugs and other stuff that we have experienced with the phone.

Let’s start with the good stuff.

4G LTE:  As someone that moved onto a Galaxy SII and fell in love, there was a part of me that was constantly missing 4G LTE.  AT&T’s service is as you know not the best, so when I picked up a Bionic, it was a breath of fresh air.  Solid wireless network with an incredibly fast data network.

Hardware:  The device itself is also fast thanks to its 1GB of RAM and dual-core processor.  It is definitely handling most of if not all of the tests we have put it through so far.

Call Quality:  The call quality on the Bionic is top notch and you can thank Motorola for that.  Whatever it is that they do with radios, ear pieces, etc., should be followed by every other device manufacturer.

Soft Keys:  Not sure what it is, but I really like the soft keys on the Bionic.  They seem bigger than normal and also easily touch-able.

Styling:  I have always been a fan of Motorola designs.  Some hate the hump, I think it brings a little flair to the mobile world that is much needed. It matches up closely to the DROID3 which is another phone we really liked in the style department.

Size:  Yeah, it’s big, but all phones these days are.  It’s smaller than all of the other Verizon 4G LTE phones and also doesn’t have god-awful physical home keys made for 85 year olds.

And now the other stuff.

Battery Life:  Not so hot so far.  First day, after pulling the device out of the box with a 45% charge, I ran it until it almost died which took about 5 hours.  Then yesterday, after dealing with charging woes that eventually went away, I was able to get it to 100% and then hammered on it for a good two hours.  The results – phone had dropped down to 60%.  Today will be a full day of testing, so let’s not freak out too much just yet.  I did want to point out that WiFi seems to be using an abnormal amount of battery though. Normally when at home, I toggle that on to save battery, but the Bionic appears to hate that theory. Today’s test will include zero WiFi.

Screen:  It’s PenTile Matrix and it’s not awesome.  We have been down this road a dozen times now, but as you all know, I’m not a fan of Motorola’s screens.  Colors are washed out, pixelized, not displayed correctly, and overall make the experience not what it could have been.  I’m learning to live with it, but screen tech is something you shouldn’t have to learn to live with.  And wait, weren’t these screens supposed to help with battery life?  So far not living up to that reputation I’d say.

Camera:  Eh, it’s not the best ever.  If you have decent light, like middle of the day light, it takes pretty decent pictures.  The constant focusing though is something that makes my blood boil.  It should not take this long for a camera to focus.  And if you get into a dimly lit area, the outcome can be hit or miss. Attached a few shots below from both the Bionic and Galaxy SII.

Bionic on the left | Galaxy SII on the right

Lock Switch:  Top left could be the worst position for a lock switch in history.  Most people are right handed which means they also hold their phone in their right hand.  In order to lock or unlock this phone, you either have to use your left hand or adjust your hold on the device to get all the way up there to do it with your right.  (Edit:  Having a good conversation about this in the comments.  Time for a poll!)

Bad Battery Cover:  The battery cover on the unit that I’m using does not sit flush on the side with the HDMI port.  What I’m left with is a really sharp plastic edge that makes it pretty uncomfortable to hold in hand.  This could just be my poor luck, since the unit that Tato has appears to be fine.  Once I get a new battery cover, I will let you guys know.

Internal Storage:  People freaked out yesterday when they went into check out the storage of their device and realized that internally, it only showed as 8GB.  “But what the hell!  They told us 16GB!”  Well, it does have 16GB, it’s just been partitioned off so that you can’t have access to it all.  Part of it has been given to the OS and the other part to to “Application storage.”  If you add up the 4GB or so of app storage along with the internal you get to 12GB, which means that the OS (Blur) is taking up another 4GB.

Notification Light:  Not sure where this ridiculous rumor started, but yes, it has a notification light.

I’ll try to make this quick.  I’m liking the phone for the most part.  Loving 4G LTE again.  Loving the power and specs.  Not a fan of the camera, screen and lock switch.  I erased some of Blur with a home replacement and lock screen alternative.  Wish the phone was slimmer.  Happy to see a phone with Android 2.3.4.  Will be giving it more time over the next week and will hopefully have even stronger opinions then.

Any other thoughts you would like to add?  Be sure to drop them below.