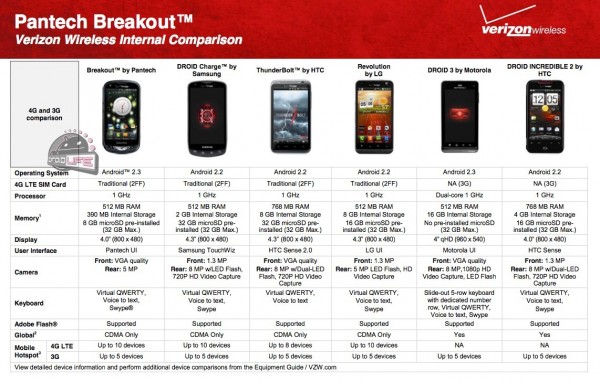 If you were looking for an inexpensive 4G LTE device from Verizon, the Pantech Breakout will likely be one of your best options.  While we don’t have pricing, this device is missing from MAP lists and other major VZW documentation, leading us to believe that its their LTE stepchild.  Its specs aren’t awful by any means, but with the DROID Bionc and HTC Vigor (first pics) just around the corner, you can bet that this phone will be priced to sell.

It has a 4″ screen, runs Gingerbread (something no other LTE device on Verizon can say), front and rear cameras, Swype, Pantech’s custom UI, 1GHz single-core processor, and 512MB of RAM.  It matches up closely to the LG Revolution – hopefully the price does too.