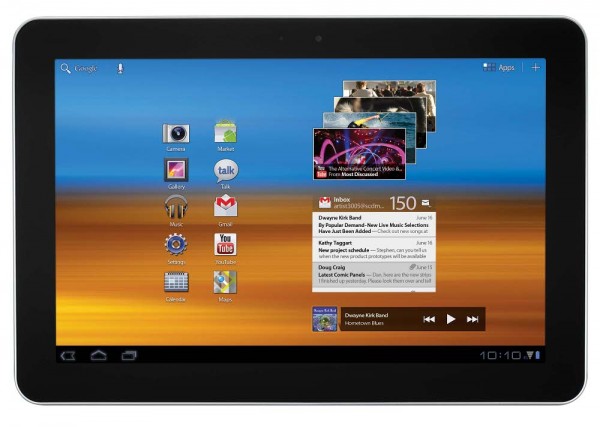 When we got our hands on the Galaxy Tab 10.1 at Google I/O, the first thing we noticed almost immediately was that its display was far superior to that of the Motorola XOOM.  It was bright, vibrant, and left us constantly wanting more.  Those claims of ours (which mean nothing by the way) have now been backed by one of the most recognized display aficionados of our time, Dr. Raymond Soneira.

You may remember one of his first tablet comparisons (XOOM, iPad2, Iconia, and Transformer) that included some choice words for Motorola’s offering?  Well, he’s back to round out his report which at the time, was missing the Galaxy Tab 10.1 (since it had not been released yet).  The results peg Samsung’s newest tablet as the top display in all the land – yes, even topping the iPad2…

So if you are still contemplating a tablet purchase, this should definitely be at the top of your list alongside the Asus Transformer.  Both are considered by most to be the top Android offerings, but this news of the Tab 10.1’s impressive display should have you leaning a certain direction.  The 4G LTE version of Verizon launches this week and WiFi versions are already available at a variety of retailers.

To read the full report, you’ll want to head over to DisplayMate.