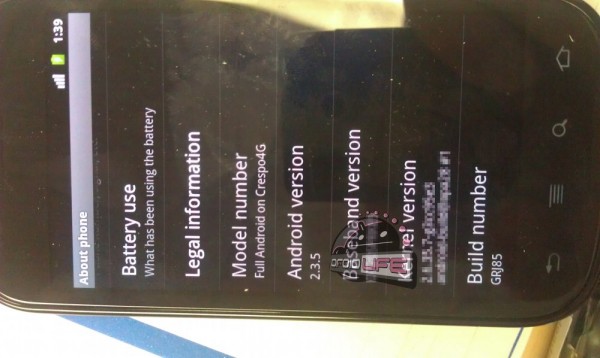 Yesterday, news broke suggesting that the Samsung Nexus S 4G on Sprint would be receiving an update to GRJ90 which would activate the secure element in its NFC chip to allow Google Wallet to work.  We’re now under the impression that this update will also bump up the device’s Android OS version to 2.3.5 from 2.3.4.  While the device you are looking at above has a slightly older build number of GRJ85, our tipster assures us that it is the update that was made to work with Google Wallet  and is the reason we believe it will see the bump to .5.

And no, it’s not just a “build.prop edit.”  Enjoy the pics of Google Wallet.