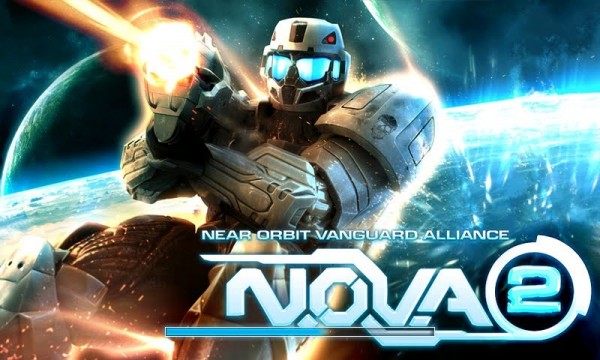 I am a huge FPS junkie, so when I’m not writing, enjoying the company of my cats or walking on the beach, I am slaying noobz on Call of Duty. I was quite excited to find that Gameloft had finally released N.O.V.A. 2 to the Android Market this week. After seeing the price tag though, I was a little hesitant – I’m not about to pay $6.99 for something unless I know it works darn well (especially when it’s only $5 at Gameloft.com). Then I read through a few user reviews though and decided that it was a solid purchase and shelled out my money.

After the purchase I was surprised to see a wonderful pop-up telling me there was an additional 265MB of data I would need to download in order to play this beast. First of all, I don’t know how many of you might have some really slow Wi-Fi, but sometimes I only get about 5 MB down (when everyone is home), so basically it was either go for it and know that I would not be able to return this within the 15 minute time frame, or turn back now and get issued a refund. Of course, due to hypebeastin’, I accepted the download and spent a good 12 minutes watching the progress bar slowly trickle toward completion.

Oh boy was I happy I didn’t back out. I’m running the Samsung Nexus S at 1GHz (CyanogenMod7) and this game plays fantastically with no signs of lag. (Due to the fact I had to take screen captures I did get one Force Close, but it was not because of the game). Gameplay is totally solid and was basically everything I was hoping for in a FPS for my mobile. One extra really nifty feature is the ability to play other people online, which completely ties in with the whole, “Halo to go” motto we have stuck to this game.

If you’re a big gamer like myself, then definitely don’t be afraid of spending the money, I think you’ll definitely get your monies worth.