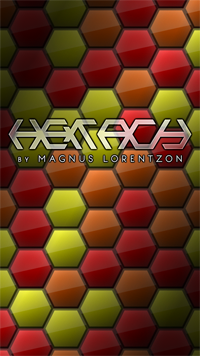 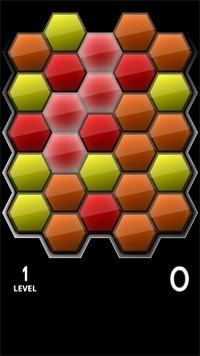 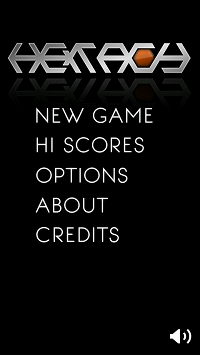 Ah, it seems like it’s been awhile since my last game review. I got knocked on my ass by a pretty serious case of the flu last week, so I apologize that my reviews have been sparse.

This week I bring you Hextacy, an oft-discussed game that’s hit the Android market and making quite a splash. At its core, Hextacy is a very simple tile-matching game; you match hexagons of three or more together in order to eliminate them from the playing field and score points.

Matching is done by dragging your finger along strings of tiles in a row, and the elimination is completed when you release contact. This presents an interesting game mechanic: you can’t go over the same tiles twice. It emphasizes a decision to be made: which tile decision will lead to further combos?

As move options deplete, tiles are replaced until there are literally no moves left; rinse, repeat. It’s puzzling action in a very bite-sized format that I’ve found works best when played in short bursts. Unlike previously-reviewed puzzler Runik, there aren’t many powerups to extend game life; they don’t appear often, and are usually a last resort to get some more tiles to work with.

This forces the player to be strategic, which I enjoy; not only are players rewarded for thinking ahead, that action is needed for their continued survival. I think Runik coddled me a little bit in expecting more ways “out” of bad decisions. With Hextacy, bad choices are just met with a simple “Game over. Try again, sucker.”

I threw together a quick gameplay demo, to those who want to see how the game works.

I like Hextacy better than Runik because there is simply a way to lose. There has been many times where I sit and try to play Runik, only to be frustrated that I’ve never posted a high score. The game simply gives you too many ways out, which rewards lazy play. Hextacy, on the other hand, smacks you with a hammer if you’re dumb. I commend this.

The game also runs extremely smoothly, even on older phones like my Milestone; this is great, considering the concept doesn’t exactly scream “graphically-intensive.” Definitely give Hextacy a download: its free version is arguably the best (see below) and you won’t really miss on out anything by refusing to pony up.

Its paid version gives you access to the “hardcore” and “pure” game modes, which removes hexagon chains greater than three and powerups, respectively. These aren’t big losses, as the default mode will keep you entertained for a good long while.

Hextacy Lite is a free download on the Android Market.
—
Matt Demers is Droid-Life’s app guy, and is happy to finally have killed the cold. You can contact him on Twitter or via e-mail; he also is taking Paypal donations for an upgrade to his FlipHD camera.