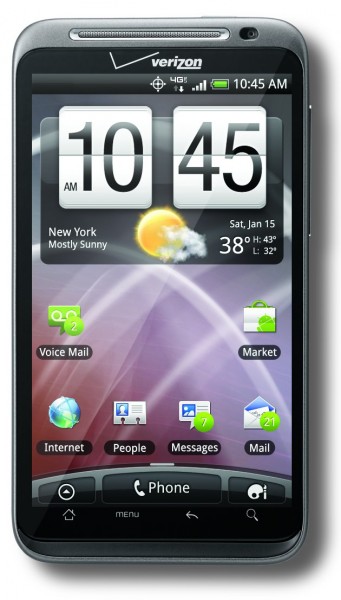 After somehow making it through 8,000 denied delays, 1,800 rumored release dates, battery issues, Skype removals, and 100,000 angry trolls, Verizon’s first 4G LTE device is ready to be placed in your pocket.  The HTC Thunderbolt has been announced and to no one’s surprise is $249 on a new 2-year contract.  Data plans will hit the $29.99 mark, just like we said they would months ago, but we have to assume they won’t be that cheap for long.  Skype was not mentioned in the release and from what we can tell will not be ready Thursday when the device goes on-sale.  Are there battery issues?  Not that anyone is going to tell us about.  Now, breathe for a second.

One cool thing to note is that the 8-device hotspot feature is free until May 15, but will be at least $20 a month after that.

Everyone still interested in this device after all that we’ve been through?

BASKING RIDGE, N.J. – Verizon Wireless and HTC today announced that the ThunderBolt™ by HTC, exclusively from Verizon Wireless, is available on March 17 in Verizon Wireless Communications Stores and online at www.verizonwireless.com for $249.99 with a new two-year customer agreement.

Mobile Hotspot allows users to connect up to eight Wi-Fi-enabled devices to the nation’s fastest wireless network via an application available on the ThunderBolt by HTC.  Mobile Hotspot will be included through May 15 for no additional charge.  After May 15, customers may choose to activate Mobile Hotspot for $20 for 2 GB of data per month.  Customers can track their data usage by downloading the My Verizon app available in Android Market or by logging on to their My Verizon accounts online at www.verizonwireless.com/myverizon.

HTC Corporation (HTC) is one of the fastest growing companies in the mobile phone industry. By putting people at the center of everything it does, HTC creates innovative smartphones that better serve the lives and needs of individuals. The company is listed on the Taiwan Stock Exchange under ticker 2498. For more information about HTC, please visit www.htc.com.