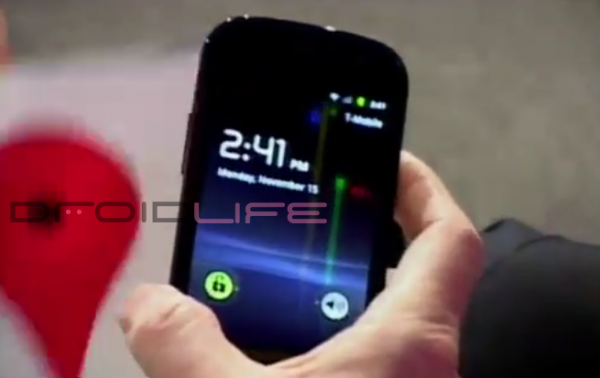 Yesterday, at the Web 2.0 Summit, Google CEO Eric Schmidt came out on stage and just so happened to have his Nexus S on him for cameras to catch a quick glimpse at.  We snagged a picture of it, but if you missed the entire rundown, you can watch the video and see it for yourself as it has been added to Youtube.  All of the good phone and Gingerbread shots happen in about the first 15 seconds, but there are some goodies on Google TV later on.  Overall, it’s worth a watch.

Cheers @arozema for the tip yesterday!