Sorry it has been so long everyone. Let me tell you, it isn’t like I’ve been sitting on my butt not doing anything. I’ve been working hard! That IRC isn’t gonna manage itself, you know! So I have told a few of you that this was coming, and there was a general excitement. I myself have been excited because it isn’t everyday that the ‘Average Joe’ such as myself gets to talk to the Big Wigs that basically created everything we in the nice ‘lil underground community love and abuse daily.

Koush is responsible for many things. The list seems endless. So instead of me trying to explain and talk about things that I hardly try to comprehend, (I leave it to the Devs) why don’t we just read what the man himself has to say…

Come on in and read.

Tim-o-tato: Hey Koush! Thanks for letting me set this up! Mind telling us your name and what it is you do for the readers who may not know you?

Koush: Hey, I’m Koushik Dutta. Most people know me for my work on ROM Manager, ClockworkMod Recovery, and CyanogenMod for Droid and Incredible. I also work with the Unrevoked team that was responsible for the NAND unlocks for HTC phones. I’ve also ported Mono to Android, and other random Android stuff (rooting the G1, etc).

Tim-o-tato: So basically you’re one of the most well known names in underground Android Development. You’ve done so much already. How did you first get into it all?

Koush: I was in the Windows Mobile world prior to Android. Did mostly app development on that, and didn’t really get into the custom ROM scene. Windows Mobile started dying off, and I jumped into Android when the G1 was released. As I mentioned before, a coworker and I discovered how to exploit the console shell to get root access on the phone. Shortly thereafter, I wrote the first (crappy) version of Superuser.

Tim-o-tato: That’s amazing. So it’s not like anyone can just jump into this stuff. Where have you learned all these skills? School? Natural ‘gift’?

Koush: The 10,000 hours rule. Do anything for 10,000 hours and you’ll be successful or “world class” at it (Outliers). I’ve been writing code in one fashion or another since 6th grade.

Tim-o-tato: That is what amazes me the most. The age some of you all start out at. My 6th grade experience had nothing to do with Tech stuff. I think Pokemon might have had my attention. Sad I know, but it paid for my candy addiction. Do you come from a Tech-Savvy family?

Koush: Not particularly. My dad is an engineer I guess, but he still looks at the keyboard when he types.

Tim-o-tato: So while doing all of these things (must be time constraining) do you have a day job or are you a student?

Koush: I have a full time job as a software engineer at Kiha. We do Android stuff.

Tim-o-tato: Lucky you. What would you say has been the most rewarding aspect of all your work on Android?

Koush: I really get a kick out of seeing the download counts on the stuff we work on… CyanogenMod 6 had 100k+ downloads within 2 days of release (across however many phones we now support). ROM Manager has 270k downloads. It’s a nice feeling knowing that people appreciate your stuff.

Tim-o-tato: I’m sure everyone MORE than appreciates it. Your work gives added value to a phone(s) that already cost us all a pretty penny in some to most cases. To me that seems like an invaluable thing. What are some things you would like to accomplish in the future of your work?

Koush: A huge portion of users still use forums as their primary way of downloading ROMs. I am in the process of adding a “ROM to Phone” type feature to ROM Manager. Basically, a user is browsing a ROM thread on their computer, decides they want to download it and clicks the link. The link would then trigger a download in ROM Manager on the phone. The other idea I had is to create a home screen app; One that is not based off the AOSP launcher, and that would utilize fantastic 3d hardware found in newer phones.

Tim-o-tato: Now that would kick a**! What device are you yourself personally using these days?

Koush: A Nexus One and an iPhone 4

Koush: I just grab whichever one I see first in the morning. But I always grab the N1 if I plan on needing driving directions.

Tim-o-tato: But why do you have one in the first place, I mean.  I’ll admit the games are better…but really?!?

Koush: Yeah, I get that reaction a lot. I’m not really a zealot when it comes to hardware/software, on mobile or otherwise. I have several Windows and Mac desktops/laptops. I have an iPad, I have a half dozen Android phones. I like gadgets, and don’t really have a religious affinity to one or another. At the end of the day, the iPhone has fantastic hardware and software, and it has a lot of features that Android can and should aspire towards. In particular, all the in-window rendering in Android is done in software, rather than using the GPU. You’ll notice that animations and transitions on iPhone are noticeably smoother than on Android due to this. The music app and syncing story is a little sad on Android too. Conversely, Android is much, much, better as a development platform. The language and tools are better, market is better, the openness is better, and I am super excited about the new official MonoDroid product that will be released shortly. Basically, not allowing yourself to see what is good about one platform or another and just being a blind follower, limits you.

Tim-o-tato: Amen to that. I really couldn’t agree more. I love my *cough* iPod. So may we ask your age, sir? 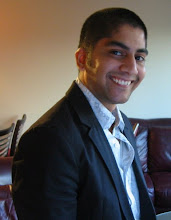 Tim-o-tato: Oh well you got a year to live it up! Happy belated!

Tim-o-tato: So besides the obvious (CyanogenMod) are there any Devs who you keep a close eye on for releases or work?

Koush: I watch CVPCS’ work. He does good stuff, and we’ve shared a good amount of code.

Tim-o-tato: Agreed. Excellent stuff. So for the people who might want to know; How did you get into hacking the Droid and then writing the Recovery for it? Given your background, was this a pretty easy thing for you?

Koush: I had a Droid fall into my lap at work, and was surprised to see that no one was building from-source ROMs for it yet, so I decided to give that a shot. I found out that AmonRa’s recovery was not open source, and SPRecovery wasn’t very portable to other phones. And I wanted an open source recovery that was a part of the AOSP build (which SPRecovery and AmonRA were/are not). That means, every time you build CyanogenMod or AOSP, it also builds the recovery. It makes porting the recovery to other devices really easy. I think Clockwork is running on around 30ish phones at the moment. I’d done a lot of development in C before, so that wasn’t an issue, but I was fairly unfamiliar with Android’s recovery system.

Tim-o-tato: Wow. A true innovator. Well I myself appreciate all the work you’ve done! So what’s your favorite game for your Android phone?

Koush: I actually don’t play too many games on mobile at all. Though I’m a huge PC and console gamer. The last game I played on Android was Angry Birds, a few weeks ago

Koush: I tend to prefer puzzle type games on phones.

Tim-o-tato: Ahh, I see. What computer games do you enjoy?

Koush: I played WoW for a few years, hah. I quit around 3 years ago though. I’m currently addicted to SC2 and Halo Reach.

Tim-o-tato: Oh yes. Halo Reach. So what is your take on Task Killers?

Koush: Don’t use them, theyre useless.

Tim-o-tato: That’s what they keep telling me

So How many emails do you receive on a daily basis?

Koush: I have 807 unread emails in my clockwork mailbox right now. I have 6500 recovery failure logs from ROM Manager. None of which i’ve read; it’s mostly user error. I just look for recurring failures and see if I can prevent or fix them. Probably on the order of 200-300 a day.

Koush: Mr. Fix-It-Is-Broken-Or-1Star – ROM Manager has a very loveit/hateit audience. If it works, people absolutely love it. If it doesn’t work (and it is USUALLY user error), they hate it. If you look through the market comments, you’ll see its almost all 1 stars or 5 stars, haha.

Tim-o-tato: Trust me, I fix peoples ROM Manager problems all day long and it’s all user error…Gets a bit excessive. But when I was learning I had the same issues. Live and learn. Like that saying, “You can take a man fishing, etc etc.”

Koush: Exactly. Let me know if you have any ideas on how to prevent user error. IE, recurring user errors can usually be fixed by adding some diagnostics or dialogs.

Tim-o-tato: Usually people just get a “!” and triangle and have no clue what to do. Hah. Tim-o-tato: So do you have any thoughts on the Android Community as a whole? Likes? Dislikes?

Koush: It’s a pretty cool community as a whole. Lots of collaboration on CyanogenMod and XDA. The users are very supportive of developers. The downside is that there seems to be a constant undercurrent of drama of some sort or another. Unavoidable really.

Tim-o-tato: You’re basically the top of the heap. What is your take on the Dev drama? What starts it would you say? People not giving credit, or donations? Kanging? What do you think makes it so intense at times…

Koush: Well, there are Devs and then there are “Devs”. Between the guys and gals that actually know how to write software, there’s never really any drama that I have observed. A lot of the drama tends to come from kanging, donations, etc. Money and notoriety causes a lot of friction.
I think there’s a different mentality and behavior amongst folks that actually do software engineering for a living, vs. those that just jumped into it to do custom ROMs. The internet makes it really easy to disrespect people.

Tim-o-tato: You could not be more right about the web. Trolls and disrespectful people seem to outnumber the nice hard workers. It sucks at times. But you still gotta love the interwebz.

Well in conclusion, is there ANYTHING you would like to ask the community and the Droid-Life readers?

Tim-o-tato: That is a really good question…If LauncherPro had a damn infinite looping feature I would crap myself. I wanna thank you SO much for your time Koush!

Tim-o-tato: It has been a real pleasure to have the opportunity Maybe if youre not to busy we can see ya around Droid-Life sometime

Koush: I read the site regularly!

It’s always very relieving when I realize that most of these guys are very down to Earth, just insanely smart people. As before mentioned, he started in 6th grade. Makes me seem like I’ve basically got no chance….*plays tiny violin*

But enough with the sob story. I’m going to be hitting the streets even harder now for interviews and inside info on today’s Android developers, but not just underground, I’m going to the source! Google Corp! If you or someone you know is a Dev and want a shot at getting your story posted for all to read – Email me! timotato @ droid-life dot com.

Discover what makes Koush tick by following him @koush | Read my past interviews with todays top Devs!