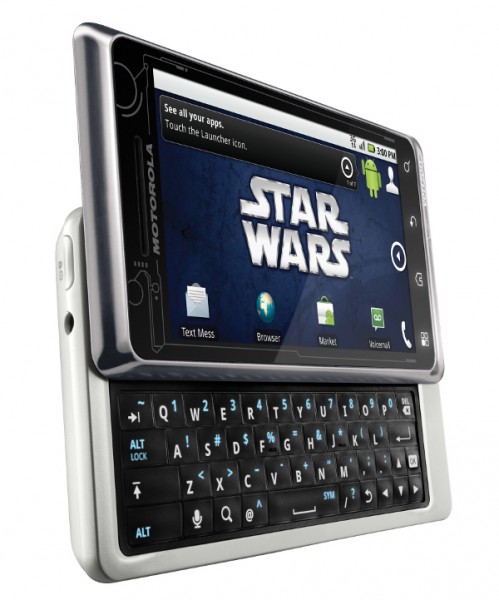 If you are in Portland, OR and want the chance to win an R2-D2 Droid 2 or just geek out with a bunch of Storm Troopers, then Thursday the 30th is your day.  The special edition D2 launches and the Pioneer Place store is throwing a party.

Oh and if you don’t want the R2-D2 model, but wanted say the Droid X instead, you can buy that and get a free t-shirt.  Fair enough right?  Full press release after the break.

Who:  Followers of Star Wars™ films and DROID™ smartphones are invited to the Verizon Wireless Communications Store at Portland Pioneer Place to experience the new DROID™ R2-D2™ by Motorola.

The limited edition smartphone goes on sale Sept. 30 online at www.verizonwireless.com and in select Verizon Wireless Communication stores – including exclusively in Oregon at the Portland Pioneer Place store.

What:  To celebrate the launch of the DROID™ R2-D2™ by Motorola, members of the 501st Legion of Imperial Stormtroopers are expected to make a special appearance at the store. Enter to win a free R2-D2—one phone to be given away at each store.

Additionally, customers who buy any DROID smartphone at the Portland Pioneer Place store on Sept. 30 will get a free limited edition R2-D2 t-shirt and poster (with new 2-yr activation and $29.99 data package, while supplies last at participating locations only).

More:  With a graphic design to look like the iconic Astromech Droid from the Star Wars™ Saga, the DROID™ R2-D2™ by Motorola will be packaged in a custom box resembling carbonite and come with a Star Wars media dock and wired stereo headset. Exclusive content comes pre-loaded on the special edition smartphone. For more information on DROID™ R2-D2™ by Motorola, go to www.droiddoes.com/r2d2.

Anyone else going to head down?