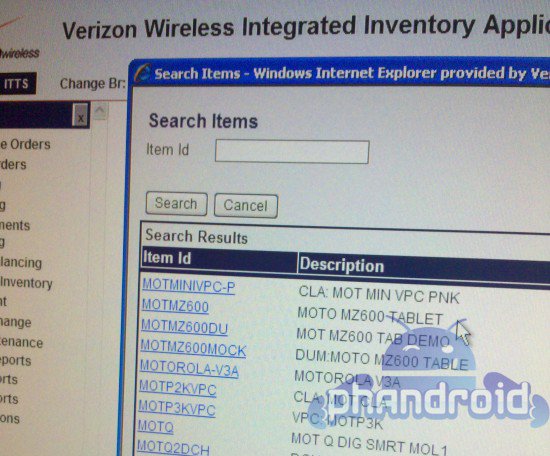 Remember the Motorola tablet (MZ600) rumored to be called “Stringray”?  Well, it just appeared in Verizon inventory showing demo, dummy and official versions.  So does this mean it will still be launching this year?  Signs would point to “yes” although we’ve heard rumors of a delay until early 2011.  There is also no mention of the word “DROID” which is disappointing, but we have to assume it will end up as a part of our family right?

Who just got a little excited?