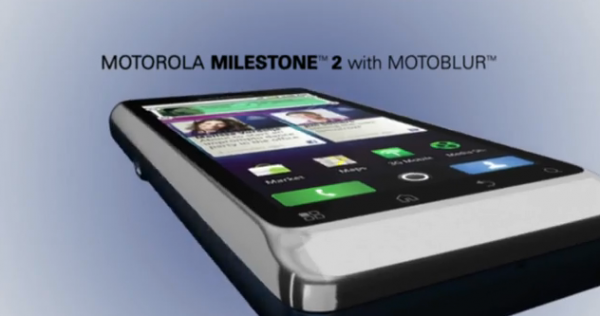 The Motorola Milestone 2 made an unexpected appearance today and one that wasn’t planned by Motorola from what we can tell.  A full on intro video was found by Android Central then quickly removed only to re-appear again from some a sneaky Engadget reader.

Some interesting facts from the video:

Check out the video after the jump before it’s pulled!

This is definitely interesting and semi-frustrating stuff.  If it really takes HD video with the Droid 2 is stuck with “DVD quality” video, that is extremely unfortunate.  And the MotoBlur stuff is funny.  We told you the Droid X was running MotoBlur and after seeing this phone with it, you can tell that Moto simply change the launcher to look more Droid-esque, but is all about the Blur.

No release date, but we’ll see what else we can dig up!