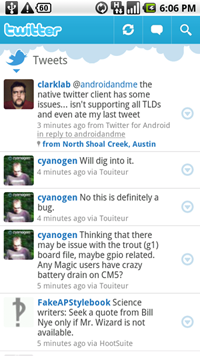 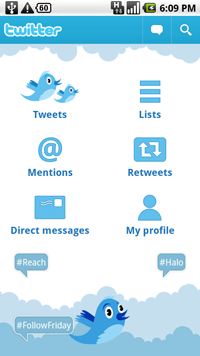 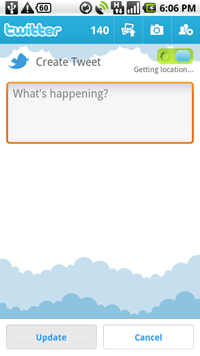 In perhaps an unexpected move, Twitter released their official application to the Android Marketplace today. The app looks fantastic, featuring animated backgrounds and many of the features other Twitter applications already offer, including full direct message/reply/search functionality. I’m getting reports that the app only is supported on 2.1+ phones, which shouldn’t be a problem now that everyone is caught up with updates.

Things that I haven’t seen before (at least from Twidroid, my app of choice) is the ability to change your profile and picture straight from the app. As a fan of first-party apps, I’ll have to give a tip of a hat to the 140-character dynamos.