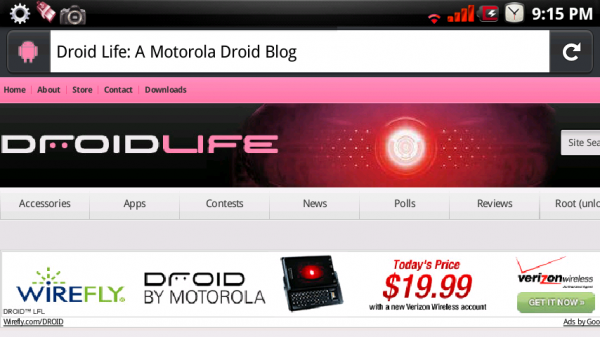 The pre-pre-pre-pre-alpha of Firefox Mobile (Fennec) was released last night from one of Mozilla’s developers and is worth playing with as long as you aren’t expecting much.  You should essentially install this just to get a general idea of where Firefox Mobile is headed.

I actually like the functionality of the app, but that doesn’t mean this thing is anywhere near being polished enough to be release to the world.  You’ll find no multi-touch, no way to zoom out, and extreme slowness.  Still, give it a whirl.

Vlad, the dev who released this, provided a list of notes which are worth reading…

Install the .apk file as you would any other app.