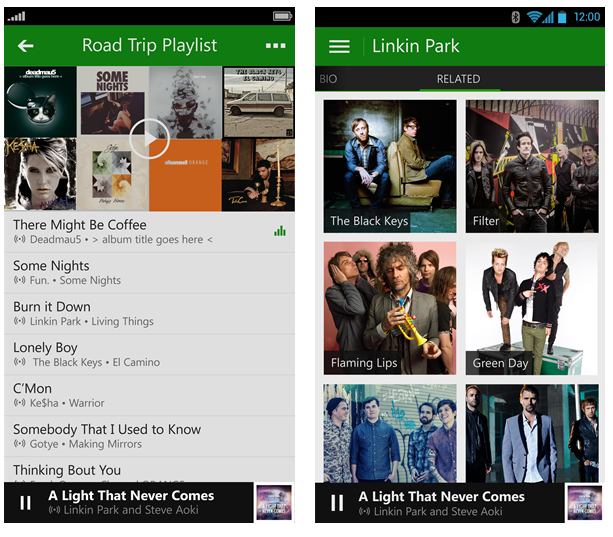 Xbox is coming up on the one year anniversary of their streaming music service Xbox Music. To celebrate, they have gone through and done some changes to their service (like free web streaming), but the biggest feature that Android users will be concerned with is the new Xbox Music application that just landed in Google Play.

You have to be an Xbox Music subscriber to use this app, but if you do use the streaming service you can bring down all of your music straight to your device. Since the app just launched, it doesn’t have all the features that Microsoft wanted, but they assured that “we’ll continue to improve” the service over time.  An offline mode isn’t present yet, but it will be coming in the near future.

As usual with Microsoft’s newer applications, the app is smooth and easy to use, but useless unless you have the Xbox Music Pass. Do you use this music service or plan on switching to it?