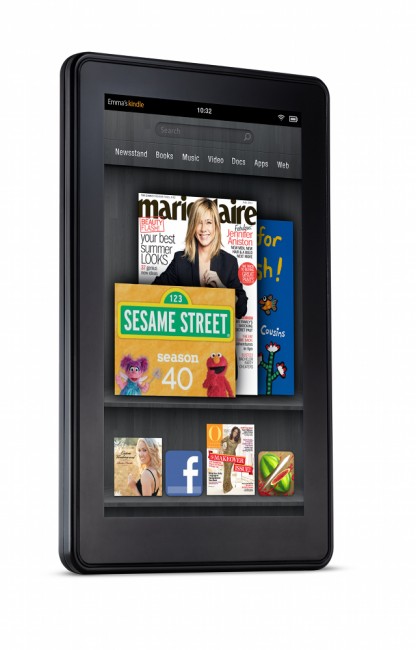 With nearly 1300 comments in our Kindle Fire contest, the folks at CompanionLink had their work cut out for them. As you may recall, they simply asked that you tell them if there was a particular productivity feature that you wish your phone had. They really just wanted to find out new ways to make your smartphone even smarter. The responses were fantastic.  Here is what they had to say:

CompanionLink:  Thanks to everyone who shared their ideas. Among all the great ideas, we noticed a huge demand for integrating nearly everything, from your home to your car to your life, with your mobile devices. We intend to do our part to push that forward, and we’re also very excited to see other industries grow in this area as technology advances!

After looking over all (yes all!) of the comments, we narrowed it down to two of our favorites.

So, without further ado, the two lucky commenters taking home a Kindle Fire are…

Productivity should be about making one productive. We are lazy people, we procrastinate and no amount of task calendar applications really fix the problem. The reason is simple: They don’t tell us what to do, it’s a pain in the neck to set up the busier your schedule is and then the only reminders are set by US. If you have an app that can read in a calendar schedule and say, a to-do list, and then schedule the to-do’s intelligently in one’s ‘spare time’, or prompt a person during their spare time to do one of the tasks that is important. location awareness can make it so the app learns when a person is in transit or not between calendar events. And can calculate an appropriately timed reminder based on time and location of the event. If it can auto-set well-timed alarms while it’s at it to keep you in tandem, that’s even better. And for some tasks like phone calls, it should be able to auto-determine whether or not you’ve done so using your phone log. A smart app that tells you to be on time, and/or make up for lost time, to get priorities straight and doesn’t give the user the opportunity to procrastinate. It may be annoying, but it certainly will get us going. And if it gets people going, it’ll grab attention.

DO NOT DISTURB priority for a calendar event would be amazing. I think it would be really cool, if you could set a calendar event at a Do Not Disturb Priority level, for use if you are in an important business meeting, or an event, or in a movie, or at the Theatre, or on a date, for examples. Then, without having to do anything further on your part, if someone texts or calls you (maybe include an optional setting for email too) while that calendar event is taking place, not only would the text or call be silenced or be on vibrate, but an automatic text would be sent back to wireless callers and maybe even a pre-recorded voice message played to callers from a landline, stating that you are currently unavailable until whatever time the event is over, and that you will review their message at that time and will be able to get back to them sometime thereafter. Later, at a self designated amount of time after your event is scheduled to be over: say 5, 15, 30 or 60 minutes after, you would then receive a notification that you have “x” amount of missed Do Not Disturb Messages and “y” amount of missed Do Not Disturb calls. There could even be a setting where you could allow only certain numbers to be able to get through, and override the Do Not Disturb Calendar setting, like a spouse, boss, parent, child, or babysitter.

Congrats to our two winners! Thanks to the 1,300 of you that gave feedback on how the industry can improve our smartphones. And again, a big thanks to CompanionLink for putting up the fabulous prizes.