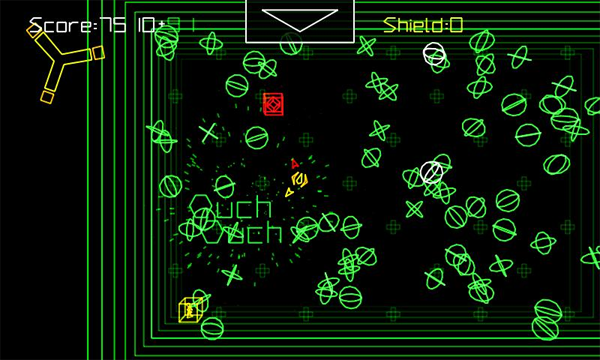 My hatred of touch screen controls is well-known to my editor here at Droid Life. Most of the time Kellex isn’t a fan of posting my more vitriolic reviews because games that do touch controls badly are simply bad apps. They fail in their most basic function: to make the game easily playable with minimal frustration.

Every once and awhile, however, I find something that changes my mind: PewPew is one of those games. It takes the winning formula of the Geometry Wars series and mercilessly rips it off; I don’t think there’s any doubt about that. However, it replicated the dual joystick experience of an Xbox 360 controller quite well through two amazing responsive on-screen control knobs. In short, one control stick moves you, the other tells the game which direction you want to shoot. Sometimes the game is a “rub your stomach while pat your head” conundrum; keeping track of the two is harder than it looks.

On that note, I’d like to give major props to the developer, for he had the foresight to give us the option where we wanted to place the joysticks. This killed one of my greatest complaints dead: I hate not being able to see things because my thumbs are in the way. He also gave us a high score/points system, four different play modes and a method of upgrading/buying new ships. This gives the game a longevity I didn’t anticipate – it’s always fun trying to beat your new score, or earn the medal for that game type. It doesn’t hurt that the game looks amazing and has some killer sound design; it very much fits the same mood that Geometry Wars encapsulated originally. 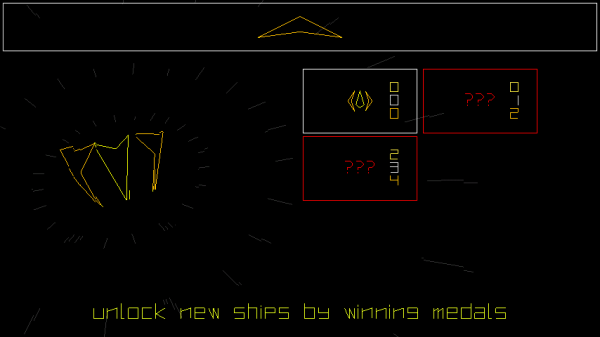 Complaints are few, but this game is far from flawless. I’ve had a hell of a time trying to get it working consistently due to a nasty startup freeze where the music plays unimpeded; I’m going to attribute this to my Milestone being overclocked to hell and back. However, this game is relatively simple when it comes to graphics, and if this problem is prevalent on a lot of phones, that’s something the developer is going to need to fix ASAP (please comment if you get this error.)

Another problem is more of a design philosophy flaw: sometimes, due to the small nature of my phone’s screen, I can’t tell what immediate threats to my ship are. This makes things difficult when you’re trying to operate touch controls with pinpoint accuracy, and can lead to some pretty stupid deaths. I’m not sure if this game will allow more of a playing area to be revealed with phones that have higher resolution: if so, it would be perfect for a tablet.

You can download PewPew here, from the Android Market. It’s free.

—
Matt Demers is Droid Life’s app guy, and is trying to keep this review under 500 words. How do you like his articles? Long or short? Tell him via e-mail or Twitter, and follow him while you’re at it. You can also find him on I Am Android.